ASBPA is pleased to announce the winners of our 2019 National Coastal Summit awards for coastal leadership in the legislative and executive branches of government.

Friend of the Coast

Congresswoman Debbie Wasserman-Schultz of Florida’s 23rd district has been a true partner and advocate for the 24-miles of sandy beaches along the coastline of Broward County. She has continuously worked to ensure that Broward’s coastline remains resilient and healthy. The Congresswoman has been instrumental in securing funding for the County’s beach management plan and sand bypass project at Port Everglades, which aims to restore critically eroded beaches and is imperative for long-term resilience efforts in South Florida. She has also been a leader on the appropriations committee and in Congress in ensuring the US Army Corps of Engineers coastal work, including shore protection, is funded ever year. In addition to her support for our beaches and resilient coastlines, she has also been a champion for the near-shore coral reef off the coast of South Florida and believes that these habitats are critical for healthy commercial and recreational fisheries in the state. Congresswoman Wasserman-Schultz is a fearless supporter of our coastal waters where our economy and way of life depend upon a clean and healthy ocean.

Friend of the Coast 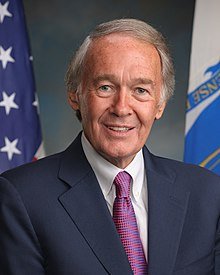 Senator Edward J. Markey of Massachusetts has a prolific legislative record acting on the issues of climate change, clean energy and environmental protection, which are priorities and values shared by ASBPA members, citizens of Massachusetts, and a majority of the U.S. public.  Having served as a co-chair of the Senate Climate Change Task force, Senator Markey has brought attention to his colleagues and the nation on the impacts climate change will have to our coastal communities.  Bringing his advocacy home to the state of Massachusetts, Senator Markey helped secure a $15.4 million BUILD Grant from the U.S. Dept. of Transportation for coastal infrastructure improvements and environmental remediation of the Port of New Bedford.  This project will benefit the fishing industry, the offshore wind industry, and residents who rely on the Port’s economic success.  Senator Markey has also been staunch supporter of beneficially using dredged material; leading policies in WRDA that will make it easier for communities to rebuild beaches using sediment dredged for navigation purposes. For his tireless efforts to help raise awareness on the impacts of climate change to our nation’s coastal communities and for his commitment to BUDM, and helping the economy of coastal communities in ways that benefit the environment, fishing industry and future generations, we honor Senator Markey as a Friend of the Coast.

This award honors a member of the U.S. Army Corps of Engineers who contributed to the cause of beach management and preservation. 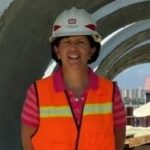 Ms. Lynn M. Bocamazo, Deputy Chief of Engineering for the New York District of the U.S. Army Corps of Engineers has exhibited long-standing leadership, innovation and commitment to improving coastal and beach management in the North Atlantic Division and Nationwide.  Early in her career, Ms. Bocamazo served as the District’s Senior Coastal Engineer for 18 years. Following Superstorm Sandy, she was selected as Chief of the Hurricane Sandy Branch responsible specifically for design of emergency repairs, restoration and coastal storm risk management throughout the district.  In her current role as Deputy Chief of Engineering in the New York District, Ms. Bocamazo is responsible for design of all coastal projects throughout the District.  Ms. Bocamazo’s career achievements and contributions within the Corps coastal engineering community are broad-reaching, having impacted projects across her home Division (the North Atlantic) and nationally. Her contributions to the Corps are too long to list here but some of her most impactful include development of a risk-based budget criteria-system to ensure that the Corps funds projects with the greatest potential for reducing flood risks.  Ms. Bocamazo’s work in this area has provided a foundation for future program funding decisions at the Corps.  Another lasting legacy includes her contributions as the Charter Leader of the Corps’ Coastal Working Group which facilitated exchanges between District coastal professionals improving standards of practice and consistency across the Corps nationwide.

Outside of the Corps, Lynn has served an important role in regional and national coastal engineering organizations including the ASBPA.  Ms. Bocamazo served on ASBPA’s Board of Directors from 1995-2002 and on the Northeast Chapter’s Board from 1996-2002.  Her professional awards are numerous including the 1999 Women in Science and Engineering Award and her designation by the ASCE in 2010 with the high status of Diplomate.  Ms. Bocamazo’s outstanding professionalism and dedication to coastal engineering and the nearshore is a tremendous asset to the District, Corps and the Nation.  For all of these reasons and more, the ASBPA is proud to present Ms. Bocamazo with this year’s Corps of Engineers Award.

The Agency award is given to a single staff member at federal agency (other than the U.S. Army Corps of Engineers) for his or her efforts to promote beach preservation. 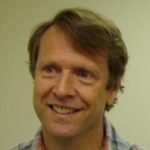 Dr. John Haines has been the Program Coordinator for the USGS Coastal/Marine Hazards and Resources Program since 2001.  In that role, he supports research on a range of coastal and marine issues including coastal change due to erosion, storms and sea-level rise, coral reef health, ocean acidification, and marine mineral resources.

Dr. Haines is both an experienced field researcher and an outstanding coastal policy expert, having participated in the development of the Administration’s National Ocean Policy implementation plan and having served on the Joint Subcommittee for Ocean Science and Technology. John is also a co-chair of the interagency task force on Sea Level Rise and Coastal Flood Hazards and a member of the Department of the Interior’s Senior Ocean Policy Team.

Dr. Haines has been a critical leader in the creation and implementation of the U.S. Coastal Research Program, which is contributing to training the next generation of coastal scientists and engineers by awarding over $5M in academic coastal research funds.  He also serves on ASBPA’s Technical Advisory Committee (TAC).

In recognition of Dr. John Haines’ significant contributions furthering the nation’s efforts to promote investment in coastal science and connecting science to users, it is our pleasure to recognize him with this year’s ASBPA Federal Agency award.