The Capitol Beach talks with USACE Planning and Policy

Listen to the podcast here.

On this special joint podcast from The Capitol Beach and WaterLog, hosts Derek Brockbank, Howard Marlowe and Dan Ginolfi have a discussion with the leadership of U.S. Army Corps of Engineers Planning and Policy. Eric Bush, Acting Director, and Joe Redican, Deputy Director, bring district and division experience to their roles in leading Planning and Policy nationwide. They explain what planning means at the Corps, how local coastal communities and stakeholders can work with Corps planners to solve problems and tap into the extensive technical expertise at the Corps. They also discuss the value of regional coastal resilience studies (happening or being planned for the North Atlantic, South Atlantic, Great Lakes, Louisiana and Texas), and touch on STEM education starting as early as Pre-K (those summer interns really do get younger every year!). 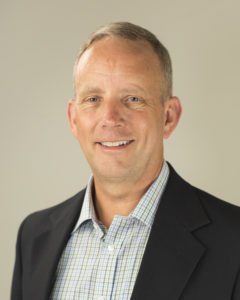 Eric Bush has worked for the U. S. Army Corps of Engineers since 2001.  Currently, he is serving as interim Chief of Planning and Policy, HQ USACE.  His permanent assignment (since SEP 2015) is Chief of South Atlantic Division’s Planning and Policy Division where he is responsible for strategic leadership and program-level oversight of planning, environmental, and economics work performed in five district offices supporting the Division’s civil works mission.  Prior to coming to SAD, Bush was Chief of Jacksonville District’s Planning Division 2012-2015.  He also served as Deputy Chief of Jacksonville District’s Everglades Program Management Office 2009-2011.  Bush deployed to Operation Iraqi Freedom (GRS) OCT 2004 – FEB 2005.  Prior to working for the Corps of Engineers, Bush worked for 10 years for the Florida Department of Environmental Protection (FDEP), including four years on the interagency planning team responsible for the development of the Comprehensive Everglades Restoration Plan.  Eric has a Bachelor’s Degree in Biological Science from Florida State University, has certificates from the University of Florida and George Washington University, and is a graduate of the AMSC’s CES Advanced Course. 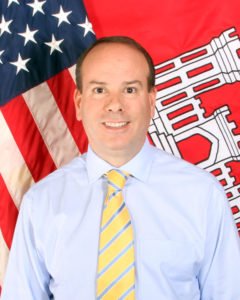 Joe Redican serves as the Deputy Chief of the Planning and Policy Division, Directorate of Civil Works, U.S. Army Corps of Engineers, Washington, DC.  In his current position, Mr. Redican formulates and coordinates Army Civil Works policy with the Department of Army, Federal agencies, and Office of Management and Budget (OMB).  Mr. Redican is responsible for leading efforts in the development and implementation of Water Resources Development Acts, formulating civil works environmental policy and developing new civil works planning and program initiatives for issues where water and related land resources  Prior to this role, Mr. Redican served as the Deputy Chief of the Mississippi Valley Division RIT and was a Project Manager and Planner in Jacksonville District, where he worked on the Everglades Program.  Mr. Redican started his career as a project planner/study manager in New York District. Overall, Mr. Redican has 24 years of experience in planning, policy and management of major national infrastructure and environmental programs. 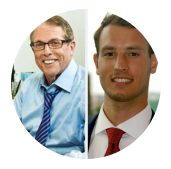 Howard Marlowe is president of Warwick Group Consultants, a Washington, D.C. consulting firm. For the past 40 years, he and his firm have helped local and state governments as well as engineering firms and nonprofits with policies, programs and funding that affect the coast. Howard is a graduate of Penn’s Wharton School of Finance and Commerce and NYU’s School of Law. He is currently on the Faculty at George Washington University.

Dan Ginolfi is the Coastal Resilience Director for Warwick Group Consultants. He is an engineer with a background in sustainability, systems engineering and environmental science. As a lobbyist, Dan has worked with universities, the Corps of Engineers, State and local governments, Congress and the executive branch to draft and implement policies that provide an improved framework for coastal resilience, regional sediment management, and programs that promote regional interagency and intergovernmental collaborations for coastal resiliency.

Congress, take care of our coasts!