On this episode of The Capitol Beach, Derek Brockbank interviews Representative Garret Graves. Rep. Graves has a long history working for coastal restoration and resilience, most notably in leading Louisiana’s Coastal Protection and Restoration Authority and currently as Congressman. On the podcast, he talks about new laws that allow FEMA money to be spent on Army Corps projects, why investing in resilience should be done before a storm, and how the Army Corps of Engineers is improving and where he’d like to see the Corps go. He also shares why he wanted Cajuns listed as an endangered species and how the Olympic Peninsula in Washington State is like the Coastal Louisiana wetlands. 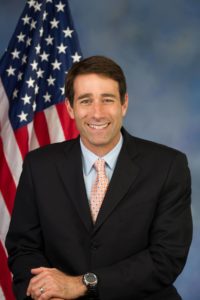 Congressman Garret Graves represents Louisiana’s Sixth Congressional District in the United States House of Representatives. Rep. Graves was Chair of Louisiana’s Coastal Protection and Restoration Authority, where he oversaw response to the BP oil spill and led the development of the state’s 50-year $50 billion coastal master plan. As Congressman, he has served as Chair of the Water Resources and the Environment subcommittee for Transportation & Infrastructure, and was instrumental in the development, passage and enactment of a range of policy wins on rivers, levees, flood protection, coastal issues and Corps of Engineers reforms.  He is currently the Ranking Member on the Select Committee on the Climate Crisis.