$2.54 billion for coastal restoration. If that doesn’t get your attention, nothing will! On this episode of The Capitol Beach, Derek Brockbank interviews Tom Kelsch, Senior VP for the Gulf Environmental Benefit Fund (GEBF), at National Fish and Wildlife Foundation (NFWF). NFWF has a long history of funding Gulf Coast restoration, and following the BP Oil Spill, a settlement agreement gave NFWF $2.54 billion to work with the five Gulf states (FL, AL, MS, LA, TX) for coastal habitat and wildlife restoration. Six years into the program about half that funding has been obligated. Hear about some of the biggest successes to date, as well as what the future holds, and learn why a private non-profit foundation has as much or more influence in Gulf Coast restoration as many government agencies.

Thomas Kelsch is Senior Vice President of the Gulf Environmental Benefit Fund at the National Fish and Wildlife Foundation (NFWF).  Tom joined NFWF in 1998 and has served the Foundation as Vice President, Conservation Programs, Director of the Eastern Partnership Office, and Director of Conservation Education. He spent eight years as an environmental scientist with the U.S. Environmental Protection Agency’s Office of Wetlands, Oceans and Watersheds and was Chief of the Wetlands Regulatory Policy Section from 1995 to 1998. He also has extensive experience as an environmental planner for a private consulting firm. Mr. Kelsch holds a B.L.A. in Landscape Architecture from Michigan State University and earned an M.E.S. in Environmental Studies from Yale University. 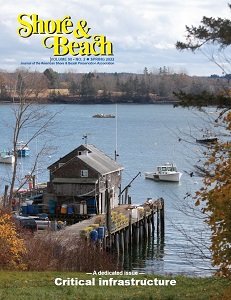