On this episode of The Capitol Beach, host Derek Brockbank dives in to “GOMESA,” speaking with former Louisiana Senator Mary Landrieu, Director of Mississippi Department of Marine Resources, Joe Spraggins, and Mobile, Alabama County Commissioner, Connie Hudson. The Gulf of Mexico Energy Security Act of 2006 directed federal funding generated from offshore oil production in the Gulf of Mexico to be returned to Texas, Louisiana, Mississippi and Alabama for coastal conservation. A bill currently in Congress – the COASTAL Act – would increase the percent of revenue going back to the Gulf States and would lift the cap that limits how much funding Gulf States can get. All the guests are strong supporters of GOMESA, and have been advocating for the COASTAL Act, but we also discuss some of the concerns with tying funding for coastal resilience to fossil fuel extraction. Listen to the podcast and decide what you think!

Senator Mary Landrieu served in the United States Senate for three terms, first elected in 1996.  As a member of the Senate Energy and Natural Resources Committee – and then, ultimately, as Chair of that Committee – she passed several important pieces of legislation; most notably the landmark Gulf of Mexico Energy Security Act (GOMESA); the Israel American Energy Alliance; and the RESTORE Act – the single largest federal investment in the Gulf Coast in US history. Prior to serving in the U.S. Senate, she served in the Louisiana State Legislature from 1979 – 1987. 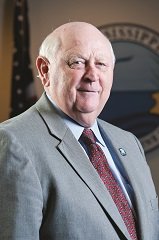 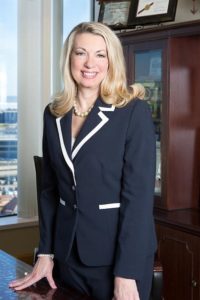 Podcast on the Digital Coast Act