Will the Great American Outdoors Act fund the coast?

The Great American Outdoors Act (GAOA, or S.3422), which recently passed the Senate, directs a significant portion of federal revenue from offshore oil and gas development to the Land & Water Conservation Fund (LWCF), which fund parks and public lands, and deferred maintenance in National Parks. 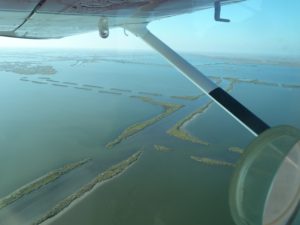 While fully funding LWCF and addressing maintenance backlog at National Parks are admirable goals, funding from coastal and offshore development and energy production should focus on the needs of the nearby coastlines. The coastal communities and coastal environments that support offshore energy production are existentially threatened by rising sea levels and increasing storm intensity.  The Army Corps of Engineers and EPA have billions of dollars in backlogged coastal projects, and coastal states’ resilience and adaptation plans are funded at fraction of what’s needed over the coming decades.

As the House of Representative begins to consider the Great American Outdoors Act (GAOA), ASBPA asks Congress to include coastal funding from lease fees associated with offshore energy production in the GAOA. At minimum, the GAOA should ensure that the Gulf Coast – one of the most vulnerable coastlines in the world to climate impacts – has access to the full amount of funding outlined in GOMESA and isn’t limited by an arbitrary cap. Additionally, as offshore wind power expands, congress must ensure those lease fees fund coastal resilience efforts. 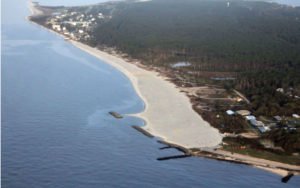 ASBPA asks the House of Representatives to include language in the GAOA similar to what was included in the bipartisan Senate amendment (#1623) from Sens. Cassidy (R-LA) and Whitehouse (D-RI).

As we celebrate and support the Great American Outdoors, let’s not forget that twice as many people visit a beach each year than visit all our national parks combine, and also remember that coastal communities are bearing the environmental cost of offshore energy, and so should be receiving the resilience funding benefits.

See ASBPA’s letter to Representatives asking for coastal funding in the GAOA.

See the ASBPA statement, with our Central Gulf Coast and Texas Chapters, on GOMESA.

The Capitol Beach discusses the CSO and CZMA with Bradley Watson