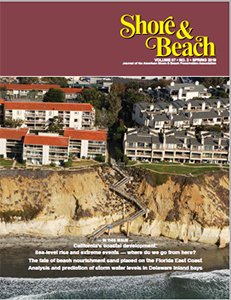 Over 100 million yd3 of sand have been placed on Florida east coast beaches since the start of widespread beach nourishment in 1970. What has been the fate of this sand? Has it largely disappeared as some suggest, or is it largely in place, having increased beach width as much as expected? Shoreline position measurements show that beach nourishment has dominated shoreline change with beaches widening over 80 ft on average since 1970. Nourished beaches have widened an average of almost 120 ft and adjacent beaches that have never been nourished have widened almost 50 ft due to longshore transport moving nourishment sand to them. Using equilibrium profile theory, shoreline advance due to beach nourishment minus shoreline recession caused by longshore transport, inlets that trap sand in shoals, and sea level rise is shown to equal measured shoreline change within uncertainty limits in each east coast Florida county and for the entire coastline. About 90% of beach nourishment sand remains on profiles in the active littoral zone. Shoreline advance produced by beach nourishment has been eight times greater than the magnitude of the recession caused by sea level rise from 1970-2017. If beach nourishment sand is placed along this coast at the rate of the past 40 years, the shoreline will be wider in 2100 than in 2018 for all sea-levelrise scenarios of the Intergovernmental Panel on Climate Change (IPCC). Increased beach width since 1970 has produced significant benefits by reducing infrastructure storm damage and greatly increasing beach tourism.